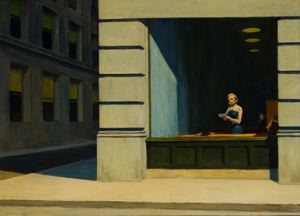 Keywords Click a term to view the records with the same keyword
Cityscapes
Figure
Female
Street
Window
Laborers
Letters
Office Building
Desk
Portfolio List Click a portfolio name to view all the objects in that portfolio
This object is a member of the following portfolios:

Your current search criteria is: Object is "New York Office".