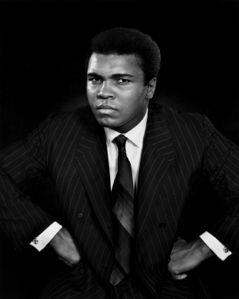 Ali was named âSportsman of the Centuryâ by Sports Illustrated. He was also a vocal proponent of Black Power during the Civil Rights Movement.

Your current search criteria is: Quick Search has muhammad or ali and [Object]Display Artist is "Yousuf Karsh".