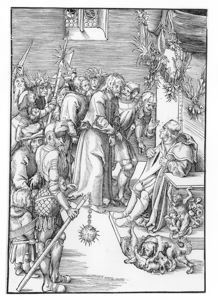 about 1509
from the series, The Passion

Your current search criteria is: Keyword is "SZ".