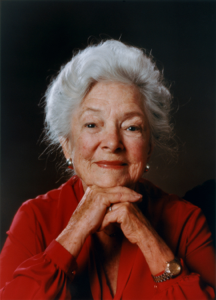 
Helen Hayes (1900â1993) Hayes made her New York stage debut at age nine. Performances in Caesar and Cleopatra and Mary of Scotland brought her initial fame. She was also active in films, winning Academy Awards for the Sin of Madelon Claudet (1932) and, playing an old woman in Airport (1969). The âFirst Lady of the American Theatre" was one of only ten people to win an Emmy, a Grammy, an Oscar, and a Tony Award. Hayes also received the Presidential Medal of Freedom (1986), America's highest civilian honor.

Keywords Click a term to view the records with the same keyword
Portraits
Female
Jewelry
Ring
Watch
Portfolio List Click a portfolio name to view all the objects in that portfolio
This object is a member of the following portfolios: