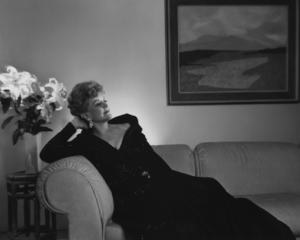 
Angela Lansbury (born 1925) Following Lansburyâs success in film and on stage was her popular television series, Murder She Wrote. Lansbury appeared as mystery author and amateur detective Jessica Fletcher for twelve seasons. Her husband, Peter Shaw, and their sons produced the program. Lansbury has also lent her voice to animated features such as Beauty and the Beast.

Keywords Click a term to view the records with the same keyword
Flower
Jewelry
Table
Painting
Fancy Dress
Vase
Sofa
Portfolio List Click a portfolio name to view all the objects in that portfolio
This object is a member of the following portfolios:

Your current search criteria is: Object is "Angela Lansbury".