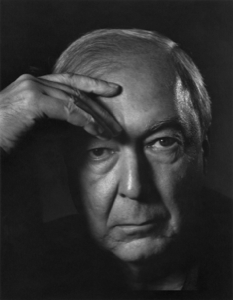 
Jasper Johns (born 1930) In the early 1950s Johns moved into the midst of the New York art world, quickly forming friendships with composer John Cage, dancer/choreographer Merce Cunningham, and artist Robert Rauschenberg. Over the years those men collaborated frequently and Johns created his own distinctive paintings, prints, and sculptures of flags, numbers, letters and other common imagery. His work has proved to be an influential part of Pop Art and Minimal Art, both of which enjoyed critical acclaim and market success during the later twentieth century.

Keywords Click a term to view the records with the same keyword
Portraits
Male
Artist
Portfolio List Click a portfolio name to view all the objects in that portfolio
This object is a member of the following portfolios:

Your current search criteria is: Object is "Jasper Johns".