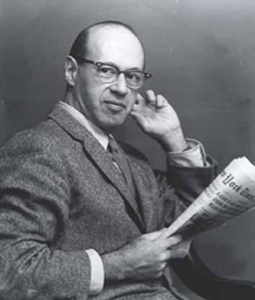 The narrative tradition predominated in American art until the middle of the twentieth century, when abstraction replaced realism as the principal expressive mode. Nevertheless, certain artists continued to practice representational styles, positioning their approach within a Modernist context. Joseph Hirsch, a teacher for fifteen years at New Yorkâs Art Students League, maintained throughout his long career the realist themes and techniques that he learned in the 1930s.

In 1928 Hirschâs facility for drawing earned him a four-year municipal scholarship from the city of Philadelphia to study at the Pennsylvania Museum School of Industrial Art. After some independent study with George Luks (cat. no. 46), Hirsch went to the American Academy in Rome in 1935. In the late 1930s, he worked for the Federal Art Projectâs Easel Division, painting murals in Philadelphia between 1938 and 1940. Here Hirsch could exercise his commitment to narrative content, depicting man confronting life and its choices. âI want to castigate the things I hate and paint monuments to what I feel is noble,â he wrote. (1)

Your current search criteria is: Artist/Maker is "Joseph Hirsch".