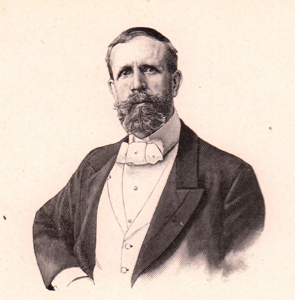 Frederic Arthur Bridgman was born in Tuskegee, Alabama, on November 10, 1847, the youngest of three children of Frederic and Lovina Jennings Bridgman. Bridgmanâs parents were originally from Massachusetts, and had moved to Macon, Georgia before relocating to Tuskegee in 1840. Bridgmanâs father died unexpectedly in 1850, and the artistâs mother began teaching school in order to support her family. An accomplished musician, Mrs. Bridgman taught young Frederic how to play the violin, and how to read and write music. The artist became an accomplished musician in his later years, writing and composing symphonies and orchestral works. Bridgman began drawing at an early age, and later claimed, âAt the age of five, I decided to become an artist.â(1)

Perhaps sensing the difficulties of the oncoming war, Mrs. Bridgman moved her family first to Knoxville, Tennessee in 1858, and then to Massachusetts in 1860. While the date is not exactly clear, it is believed that when Bridgman was approximately fifteen or sixteen, he moved to New York to fulfill an apprenticeship at the American Banknote Company. The artist learned to engrave on steel and focused on heads and vignettes. It was also at this time that Bridgman began to study at the Brooklyn Art Association and the National Academy of Design. The artist began exhibiting at the Brooklyn Art Association and impressed his talent upon a group of Brooklyn businessmen, and in 1866, the men financed Bridgmanâs study abroad. (2)

Bridgman was part of the first wave of American artists who came to Europe to study at the end of Civil War. In the autumn of 1866 Bridgman joined the atelier of Jean-LÃ©on GÃ©rÃ´me at the Ecole des Beaux-Arts in Paris. Entry into the Ecole was not easy since officially it was full. Bridgmanâs colleague, Thomas Eakins, went to great lengths pulling strings to enable entry of a group of American students, amongst whom were Eakins himself, Earl Shinn, the future Orientalist Harry Humphrey Moore, and Bridgman. Bridgman studied with Gerome for four years, and spent summers in the village of Pont Aven in Brittany.

American artists arrived in Brittany to paint nearly twenty years before French Post-Impressionist Paul Gauguin and his Pont-Aven School made it famous. The small village of Pont-Aven was a perfect haven for artists who were looking to capture quaint village scenes and the French countryside, for the village had hardly changed since the Middle Ages.

Bridgman soon became a key member of the American artist colony in Pont-Aven under the leadership of Robert Wylie. Wylie was âself-taught and unconventional, [inclined] to the palette knife and loaded brush, with nature as his guide.â (3) Many of Wylieâs fellow Americans looked to nature as their model and to each other for criticism, and did not produce any common conventional style. Like most American artists in Pont-Aven, Bridgman painted the French peasantry and landscape while there. Genre scenes were extremely popular with Victorian audiences, and Bridgmanâs Breton works often hung âon the lineâ (at eye level) when he exhibited at the salons. Bridgmanâs time in Brittany prefigured his careerâhe demonstrated his superior talent, and his ability to catch a trend and exploit it. And further, his gracious manners and learned cosmopolitan manner brought him wide acclaim and wealth. According to accounts of his life, Bridgman rescued the Marquis du Montierâs daughter from drowning in Pont-Aven in 1867. In gratitude for saving the girl's life, he was given entre into social circles that produced important patrons.

One of Bridgmanâs best known Breton works is "Study of a Young Girl" (1869, National Museum of American Art). It is a portrait of a girl dressed in traditional Breton clothing. She twirls a strand of hair and looks away from the viewer at a downward angle. The depiction was somewhat unusual as it was considered provocative and indecent for a girl to show her hair in public.(4) Bridgmanâs delicacy of line and depiction of character in the work marked his later works. It displays his ability to capture particularities of a subject closely observed as well as an effective treatment of light. Bridgmanâs "American Circus in Brittany" (1870) was the artistâs first important painting. The work gained him recognition abroad and in the United States. As a result, Geromeâs dealer, Groupil, who had galleries in New York and Paris, began to represent him.

One of the most important tendencies that Bridgman adopted from his teacher Gerome was a love for exotic subjects. Gerome was the foremost academic painter in Paris at the time and was a renowned Orientalist. His subjects were mysterious and sexually chargedâthey included harems, veiled dancers, and views of the nomadic and oasis life that was made popular by travel books. As Bridgman became an independent artist, he decided to focus on Orientalist subjects, which brought him international acclaim.

In 1872, Bridgman traveled to Tangier and across Algeria in search of exotic subject matter. He sketched and painted, making meticulous notes of color and light conditions along the way. The artist also recorded the Pyrenees and crossed the Mediterranean into North Africa. Bridgman was never satisfied with pure landscape, and in North Africa, the artist found astounding light, color, and an exotic population. He became adept at painting the North African light in all its manifestations, and it set him apart from his teacher Gerome, eventually becoming the basis for the student surpassing the master as the premiere Orientalist of the late nineteenth century.

In 1873, Bridgman, along with fellow artist Charles Sprague Pearce, embarked on a three-month trip up the Nile River in Egypt. Bridgman was fascinated by what he found there, particularly the ancient Egyptian funerary sites that dotted the River. The artist made over three hundred sketches and watercolors. As a result, he produced paintings that have been termed "archaeologist," as he created fictitious historical scenes of Ancient Egypt. For example, "The Funeral of the Mummy" (date and whereabouts unknown), which appeared in the Salon of 1877, depicted a funeral procession of two heavily laden boats down the Nile. The painting was created with painstaking detail and precision, and won Bridgman a third class medal at the salon. The work was also a success because of its allusions to deathâa subject important to Victorian society. Presumably, Bridgman was still returning to Brittany to paint during this period, as the Museumâs painting, "A Brittany Landscape," is signed and dated âF. A. Bridgman Brettane 1874.â(5)

Bridgmanâs Orientalist paintings also included works such as "Diversion of an Assyrian King" (1878, Jerrald Dillon Fessenden, New York), which portrayed gladiatorial games and recalled a work by Gerome entitled "Ave Caesar." Art historian H. Barbara Weinberg explains that while Bridgmanâs paintings owe a debt to those of Gerome, they are often distinguished by a somewhat freer and more âpainterlyâ style. Another example is "Afternoon in Dreams" (1878, Private Collection), in which Bridgman depicts a Middle Eastern woman reclining on a couch. Everything about the painting, from the costume to the carpets and other objects that dot the room is richly and lavishly decorated with precise detail.

In 1877, Bridgman married Frances Mott Baker of the Baker Chocolate fortune, whose family was made up of expatriate Americans living in the United Kingdom. The couple had three children, and lived grandly thanks to the sale of Bridgmanâs Orientalist works. The family lived in a five-story house in London with each room decorated in a different period styleâwith the decorations becoming props in Bridgmanâs paintings. The Bridgmans entertained frequently, often socializing with other American artists such as Mary Cassatt and John Singer Sargent.

Bridgmanâs works never confronted political concerns of the day, were never overtly sexual, nor were they judgmental. They depicted exotic locales and peoples that had a broad appeal to the nineteenth-century audience. In 1890, the artist published "Winters in Algeria" with Harper & Brothers in New York. The book was filled with remembrances and illustrations of his three trips to Algeria. While the book had some success, the 1890s marked the artistâs decline in popularity. Although he was still exhibiting his works at fairs and expositions, the world style was rapidly radicalizing. The Impressionists were making their mark in art, and would soon be followed by Gauguin, Van Gogh, Cezanne, and the birth of Cubism. The world was on the verge of modernization and Bridgmanâs Orientalist works were soon out of fashion.

Although Bridgman shared with Impressionists a love of light and color, he abandoned them after they abandoned value and tone. Bridgman thought their color was discordant and their handling unfinished, which showed a lack of technical training. Bridgman was worried about the Impressionistâs effect on young artists and in 1898, wrote "LâAnarchie dans lâart (Anarchy in Art)," a treatise on the Impressionist movement. Bridgmanâs frustration is seen many years later when he wrote to friend Juliet Cook Olin, ââ¦I wonder if I am on the right road when I see crazy attempts in Cubism, Futurism, Snobism of todayâand that sell if you please! At exorbitant pricesâand I ask: which is the fool? The dauber or the Buyerâor am I?â (6)

In 1901, Bridgmanâs wife died and in 1904 he married French native Marthe Jacquer. By this time, the artistâs works were not selling well, and he even tried portraiture for a short time. By the outbreak of World War I, Bridgman had sold his home in Paris and retired to the village of Lyons-la-Foret, about 80 miles from Paris. It was at this time that Bridgman began his re-association with Alabama. He received invitations to speak, and began correspondence with Marie Bankhead Owen, who tried to chronicle his works. Owen attempted to purchase Bridgmanâs paintings for the Alabama Archives, however, was unsuccessful. She was unable to raise money before he died in January of 1928. Owen again tried to negotiate with his widow for an exhibition to be held in Birmingham, but was again unsuccessful. Unfortunately, none of Bridgmanâs works came to Alabama until 1970. Aside from the Museumâs purchase of "A Brittany Landscape" in 1984, the only other Bridgman painting in public collections is "Robbing the Pigeons Roost," which was donated to the Birmingham Museum of Art in 1970.

2) At present, it is unknown who the patron was.

4) Sellin explains that âlater artists commented on unsuccessful attempts to have girls uncover their hair, and symbolist paintings showing naked models with coif in place are satiricalâ¦No nun could be pious about showing her hair. This was prompted partially by the fact that often there was none; wig makers and hair merchants harvested the severely depressed areas of Brittany and a girl in need of extra money could sell her crowning glory without anyone knowing it was missing.â

6) Bridgmanâs exact travels and studies are not known as to date there is no extensive Catalogue Raisonne. Ilene Fort, Curator at the Los Angeles County Museum, is currently working on a monograph about Bridgman.

Your current search criteria is: Artist/Maker is "Frederic Arthur Bridgman".