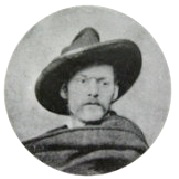 Frank Boggs is typically described as an American Impressionist, but neither of these designations is particularly accurate. Although he was born in Springfield, Ohio, and moved to New York while still a child, Boggs spent the majority of his adult life in France and became a French citizen in 1923. His works came to be categorized as Impressionist owing to his relationships with painters such as EugÃ¨ne Boudin (1824â1898) and, particularly, Johann Barthold Jongkind (1819â1891), the Dutch artist with whom he shared an interest in marine scenes, but the commonality lies more in subject than in style.

Like a number of late nineteenth-century artists, Boggs began his career as an illustrator for Harperâs Weekly magazine. He also learned to paint stage scenery at Nibloâs Garden in New York with an artist named Vauglin, and his original intention in traveling to Paris was to continue his study of scene painting. Unable to find an instructor in that field, Boggs entered the atelier of Jean-LÃ©on GÃ©rÃ´me (1824â1904), a prominent instructor in the Ecole des Beaux-Arts. (1) He remained in Paris for two years and then returned to the United States for two years, painting on Shelter Island off Long Island, New York, and exhibiting at the National Academy of Design. Finding a limited market for his work in New York, he went back to Paris in 1880.

While Americans were generally unreceptive to Boggsâs paintings, French audiences appreciated his marine views and scenes of Paris streets. Boggs participated in the annual Salon exhibitions from 1880 until the turn of the twentieth century, and the French government purchased some of the works shown there, including Place de la Bastille (1882, MusÃ©e Vivinel, CompiÃ¨gne).

American Paintings from the Montgomery Museum of Fine Arts, 2006, cat. no. 31

Your current search criteria is: Artist/Maker is "Frank Myers Boggs".